How to make Hyderabadi Prawn Biryani with Eastern Masala 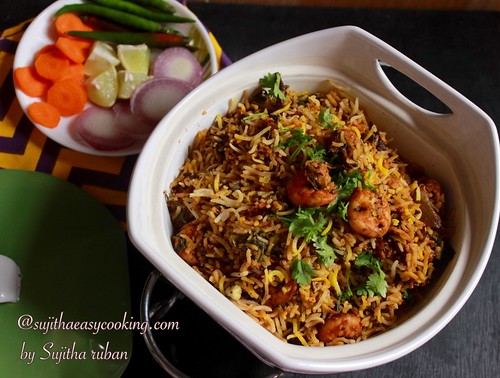 Hyderbadi Prawn Biryani with Eastern masala, Hurray how i miss this folder to post still the laziness need some scratch to set my work mode. Such an interesting recipe this was, an exotic flavours of garam masala and fried onions have the excellent play in this recipe.

” is much easy to follow the recipe instruction. This masala made hectic morning with a delicious lunch. the ratio of the Hyderabadi biryani masala is really awesome.

Here I used Prawns instead of chicken, no wonder i adapted the recipe to out taste by adding here and there steps to elaborate my style. One thing I felt with the masala was I expect bit more hotness with the masala since it was a Hyderabadi masala and we started taking some spicy foods, my expected spice level was missing other than it was a perfect hit, to mange the spice I have added green chillies. So now you are guaranteed to try Hyderabadi Biryani in home with Restaurant style perfection. 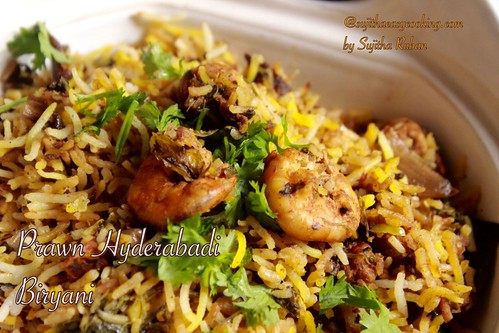 The Ceramic bowl which i used in the display was my cousins gift, she gifted this for our wedding anniversary. Again being a lazy person i found a good time to use them in my work.

Below pack is the one i received for review. You can buy them in amazon with one click over the link “Eastern Hydrabad Biryani Masala” 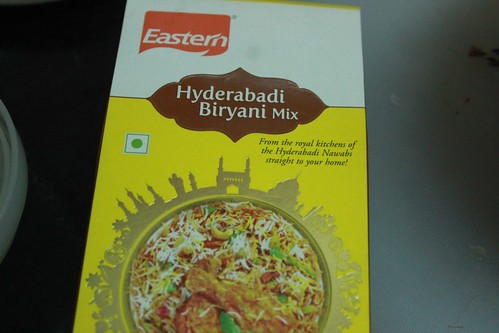 Heat a pan with oil, Add in the sliced onion 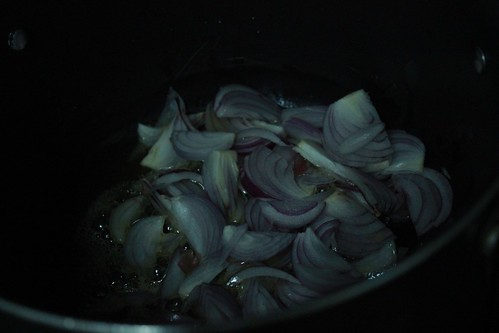 Fry till they turns golden brown in colour, Reserve the fried onion for later use. 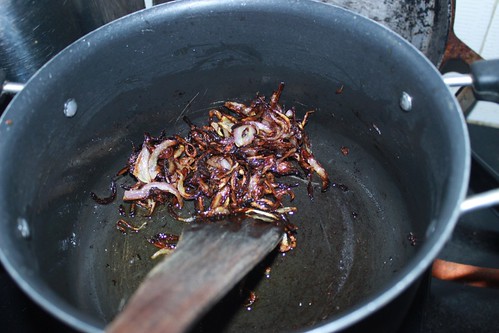 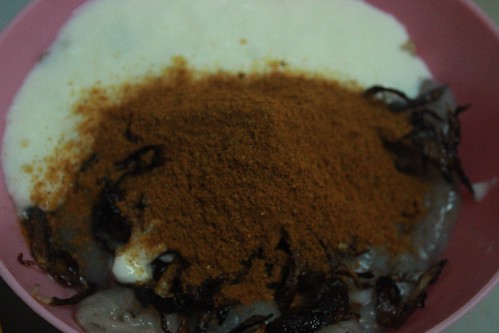 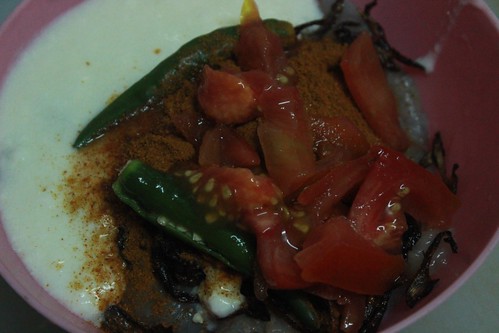 Have seen so many varieties in India Gate Basmathi rice, of this recipe, i used basmati Rice Tibar. 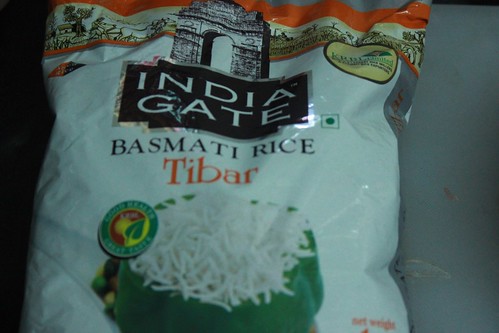 Fennel seeds, Cloves, Cardamom, Shahi Jeera, these are the tempering ingredients which i used 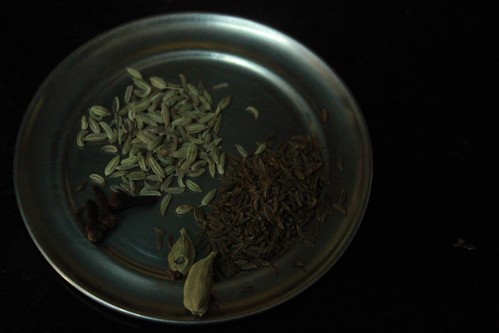 Heat 2 teaspoon of ghee, and 2 tsp of oil in a heavy bottomed pan, Add in the tempering items and fry till the aroma raise. 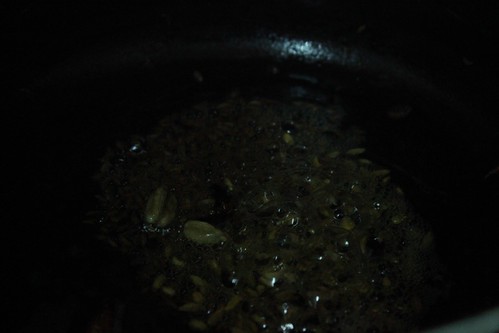 Add in the Sliced onion and fry for till they turns translucent. 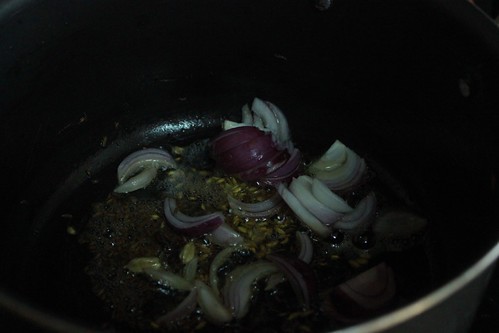 Add in the chopped tomatoes, cook till they turn mushy. 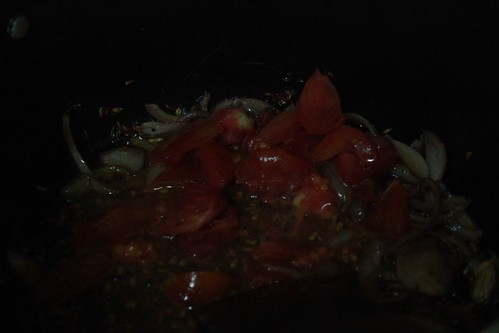 Take two green chillies, Ginger and garlic in a mixer, grind them to a smooth paste. 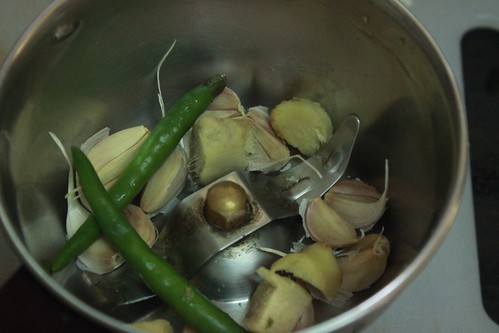 Add in the grounded paste to the pan. 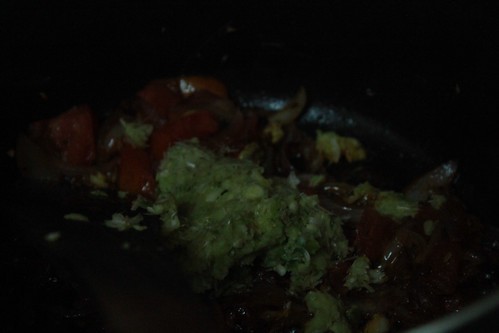 Cook altogether till they ooze out the oil. 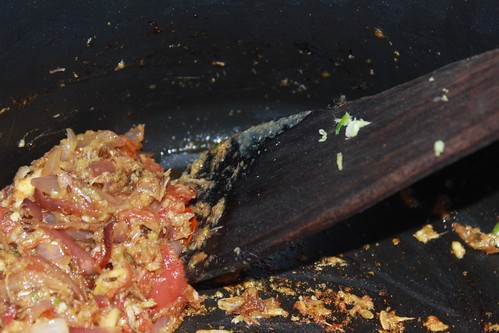 Add in the marinated Prawns.. 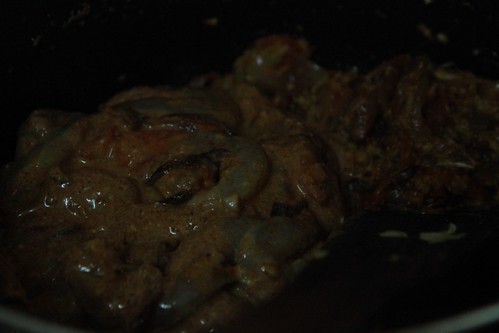 Add a cup of water, chopped coriander leaves, mint leaves to the pan, and cook till they done. 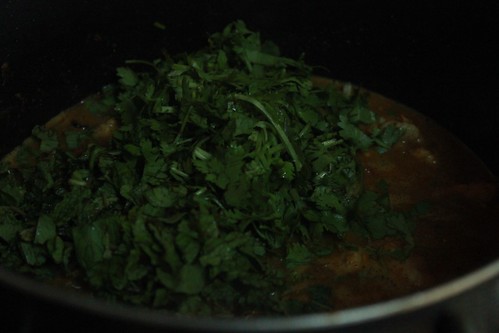 Reserve half of the gravy for layering. 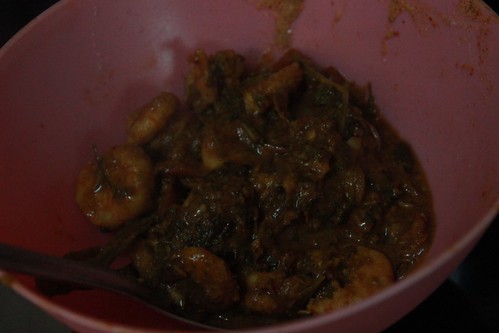 This step is to cook the rice, take a pan with water add fennel seeds, Jeera/cumin seeds, star anise, cinnamon, Cardamom, Cloves and a teaspoon of oil, allow the water to boil. 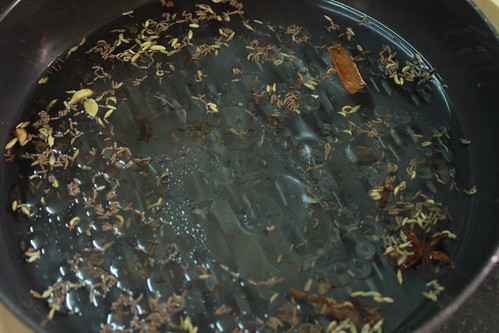 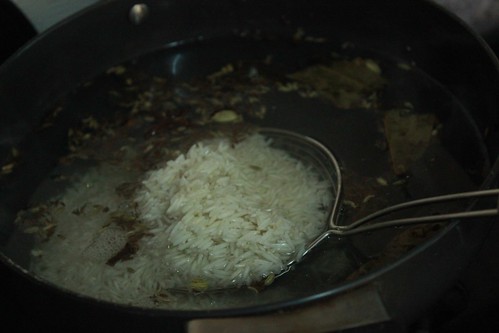 Half cook the grains, don’t allow the grains to cook more. 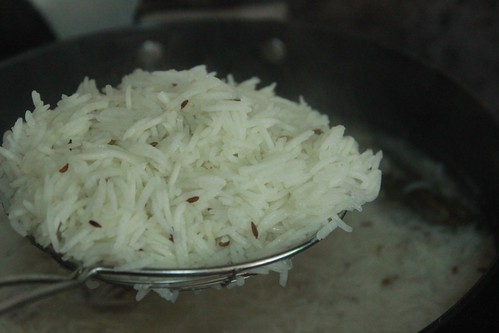 Spread the strained rice over the masala. Evenly spread the rice over gravy part. 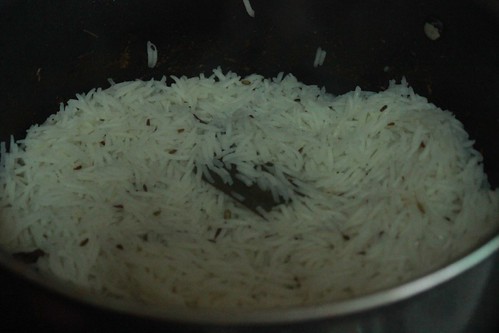 Spread a bed of chopped coriander leaves and mint leaves 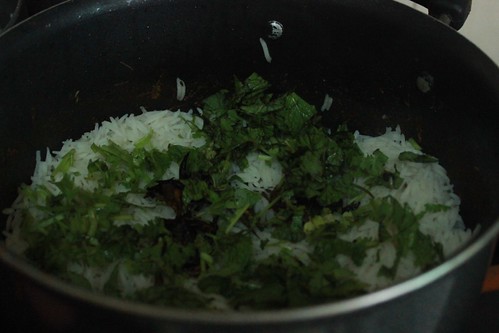 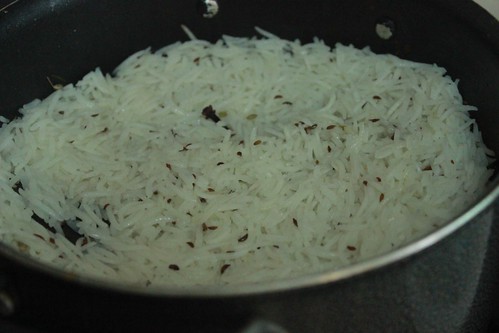 Sprinkle the saffron water, and some reserved fried onions 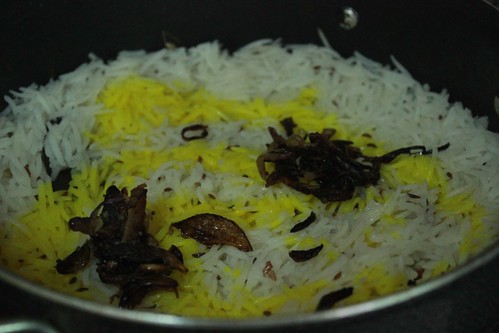 Top with some more mint leaves and mint leaves, Keep them closed and place a pot of hot water over the covered lid. 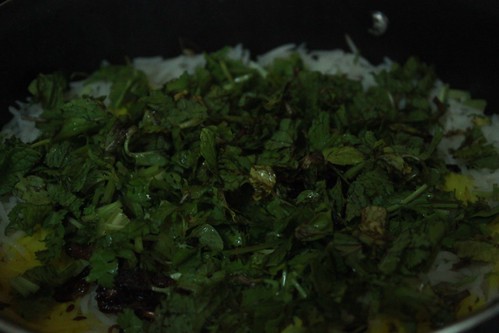 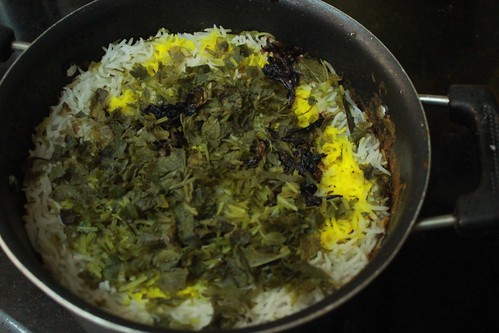 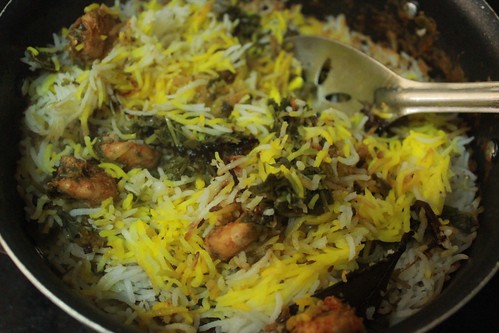 Shuffle the rice and masala carefully, without breaking the rice fluff up and serve.. 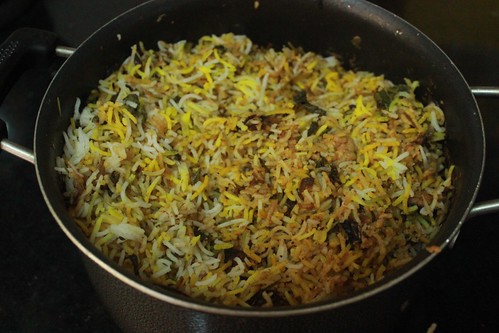 How to make Hyderabadi Prawn Biryani with Eastern Masala?